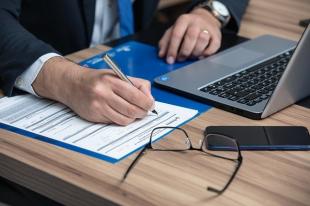 Landlords, Leases, and the Law

Imagine this --- your business is profitable, your outlook is bright, and your next move is expansion: you have captured the white whale of a dawning business --- success. Now imagine that successful expansion depends on your moving to a new, larger location. And now imagine that you can’t --- your current lease has an “auto-renew” provision that came into effect months ago. You are trapped because breaking the lease interferes with cash flow and makes expansion irrational, while staying put loses you an opportunity. The white whale starts to look like a pale, dead fish.

Entrepreneurs are characters in the above story too often. Despite the value they have brought to their families, their communities, and their customers --- they may lose their one chance to cash in on all their efforts. In this situation, a penny of vigilance is worth a pound of unburdened success.So, when you decide to lease commercial space, keep the following tips in mind.

These two points are crucial. Always take a position that leaves you with the most options --- negotiate up to two years, maximum, and leave yourself an option to renew. If you can, ensure that the renewal provision is not automatic.

Landlords will offer a “standard form lease.” Review this lease. Modern life has made us all short on time. You and your business are probably no exception. But, you must remember that the “standard form lease” is just that --- a standard form. A standard form lease is written in a language that resembles something between latin and pig latin; they are designed to repel your eyes --- which is why no one likes to read them. Standard form leases are designed to avoid close scrutiny because unaltered, they may offer protection for the landlord at your considerable expense. So, time spent reviewing the lease’s specific terms will prove to be a savvy investment later. While there’s no substitute for an experienced lawyer, here are a few guidelines:

Never hesitate to hire an experienced lawyer to negotiate the most favorable lease for your business. It’s an investment that is about more than location --- the right terms can make or break the future of your business.

Considerations for Dealing with an International Business

Each business is unique. With every situation, new issues arise and different considerations need to be made. Such is the case in dealing with an international business.

For example, you want to do business with a travel agency in Greece. With Greece in the news lately, you need to be aware of a few points in moving forward.

Greece made worldwide news by defaulting on their International Monetary Fund bailout. The Greek example raises issues of historic proportions affecting choices of doing business internationally. If you are going to enter into a contract in Greece for example, it is important to keep the following points in mind:

The Greek economic crisis raises issues regarding the strength and objectives of the European Union. Greece claims that the austerity measures imposed earlier as conditions to the bailout were too harsh, while critics argue that Greek economic policy was to blame. How strong is the Eurozone? Will the Greek problem encourage other troubled countries to not pay their debt?

The European Union (EU) was created by a series of post-World War II treaties, which include numerous amendments as to its structures and powers, as well as set forth the relationship between the European Union and its member countries.

The EU has its own European Central Bank (ECB). The ECB regulates monetary policy, while member countries also have their own national central banks which carry out their day to day policy.

Military, police, fiscal and monetary systems remain traditionally sovereign state functions more than any others. Prior to the ECB, monetary policy was one of the pillars of state sovereignty.

How this will all play out in the future is unknown, but it highlights the importance of business and financial institutions making a concerted effort to learn and understand the financial, legal and economic systems of any country where they do business.

For instance, when dealing with a single currency in a stable economy, businesses gauge a recognizable level of inflation. But when a business steps out of their local market, there can be unknown risks involved.

When starting a business or entering into a transaction with a foreign entity, the following points should be considered:

1. International documents will not fully protect your business from the risks of dealing in an international market
2. Dealing with foreign currency can bring up unique issues
3. Every serious investor and business would like to preserve the value of their money until they are paid
4. The measurement for inflation will vary between countries
5. While payment systems are becoming more standardized, differences still exist from bank to bank and country to country
6. International standards and regulations are easier to comply with during stable times, but more of a challenge during periods of economic instability

The Nevada Center on Foreign Relations held a program this year on the importance of the international rule of law. For video excerpts of the speech given by the Honorable Philip Pro, U.S. District Court Judge (Retired), now Nevada Gaming Commissioner, click on the links below.

The Impact One Individual Can Have On Different Countries:

On Being a Student of International Relations and the Need for Humility:

The Importance of the Rule of Law as Globalization Increases: